You are here: Home / Growing Tomatoes 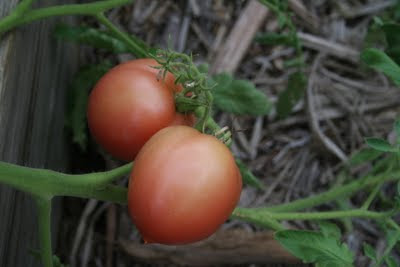 That’s Me, the author

Welcome and thank you for staying however long you do. Because whatever I’ve created I want it to be gobbled up or mulled or even glossed over. Just the fact that you lay eyes on it means a lot. Life seems to be a succession of stories, and food and gardening is at the heart of many of mine. Whether it’s in the dirt or in the kitchen, there is always a new metaphor, a teaching parable. If there is a crumb here for you, then I’ve fed you in a way, and that always makes a cook happy. ~Gina Harlow

Is it whiny to say moving is hard? That if plants really had a secret life they would tell you what they’ve known all along; that being pulled up by the roots … END_OF_DOCUMENT_TOKEN_TO_BE_REPLACED

It's time to say goodbye. After eight years of blood, sweat, tears, calamity, and—yes—joy, we are leaving these rocky two acres, this home I’ve christened … END_OF_DOCUMENT_TOKEN_TO_BE_REPLACED

As the first days of the new year tick off I check in occasionally with my friends on Facebook; many of them bundled in ski slope selfies, others framed by a … END_OF_DOCUMENT_TOKEN_TO_BE_REPLACED

Other sites to see